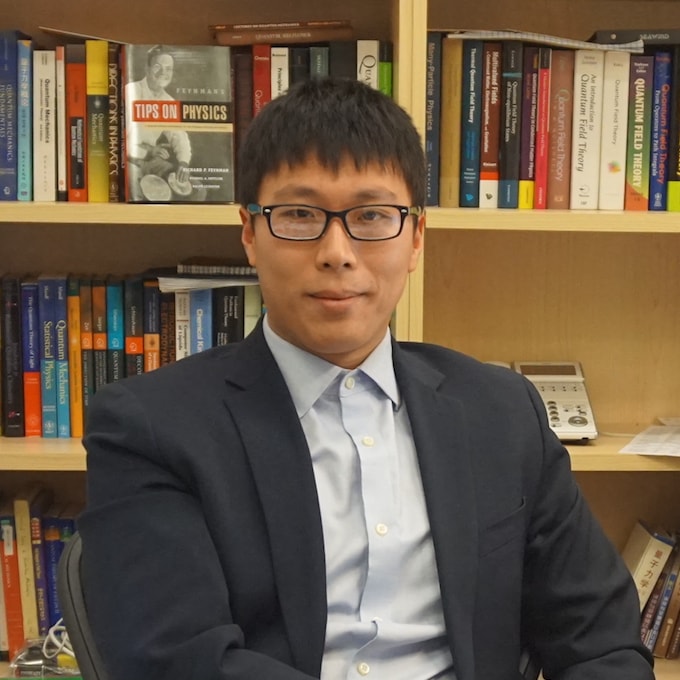 Frank received his B.S. in chemistry from Lanzhou University of China in 2007. He then moved to Boston University to pursue his Ph.D. in theoretical chemistry with David Coker. Frank’s Ph.D. work focused on developing efficient and accurate non-adiabatic dynamics methods to understand the excitation energy transfer process and the electronic coherence in natural light harvesting systems. In 2012 he joined CalTech as a postdoctoral researcher in the group of Tom Miller where he worked on extending the linearized path-integral method to simulate the electron and excitation transfer dynamics, as well as applying a variety of novel computational methods such as ab-initio molecular dynamics tools and wavefunction-in-DFT embedding approach to explore the fundamental aspects of electron and proton transfer mechanisms in cobalt-based hydrogen evolution catalysts. He was recognized as one of the “top reviewers for The Journal of Chemical Physics” (2012) and received an “ACS PHYS Division Postdoctoral Research Award” (2014).